So what's on the tube?

I realized that it's been a while since I've written about TV shows, so I thought I'd go through a rundown of what I watch through the week and maybe even offer some comments about each. I don't think any of this will be all that in-depth. I almost hesitate to do this because it'll expose how much of a TV junkie I am. But it's rare when I don't fully embrace a bad idea, so here we go . . . 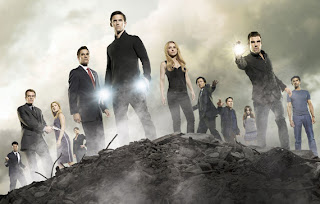 Heroes on NBC - I'm on the fence with Heroes this year. The past few seasons have been awful. Last season was a bit better, but not completely. It seems like the writers are trying to get things back together, but I think a major problem with this show is the fact that none of the heroes actually want anything. Not really. The evil carnie guy, Samuel, he obviously wants something. The others, not so much. Not in a major way, not in a way that would cause me to root for any of them. It'll be interesting to see how the return of Sylar plays into things. Oh, and Claire's lesbian kiss? Can you say "desperate pandering?" 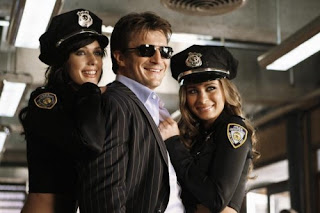 Castle on ABC - I love me some Castle. Honest to goodness, this is a fun show. I didn't watch it last season. Instead, based on the recommendation of an on-line friend, I got caught up on the first season on-line. Nathan Fillion as Castle is awesome. His chemistry with Stana Katic is superb and always fun to watch. While some of the plots border on predictable, they're always entertaining. My only gripe is that in this season, Stana Katic really resembles Olivia Benson from Law and Order:SVU. But that's just a minor gripe. This is one of my "must see" shows that I look forward to each week. 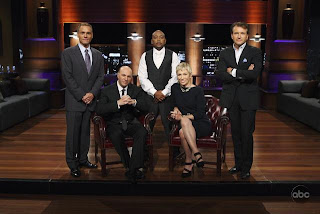 Shark Tank on ABC - Another summer import. It's kind of fun to watch would-be entrepreneurs face off against the sharks. Some of the ideas are great; many are just plain weird. But I've learned two valuable lessons: don't overvalue your company (it's a sure way to get smacked down by the sharks) and one of the sharks doesn't have a soul. I won't say which one because I have a feeling that if he saw me call him out by name, I'd get sued. But just watch an episode. You should be able to figure out which one fast enough. 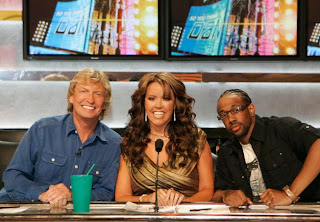 So You Think You Can Dance on Fox - This one spills over into Wednesdays. My wife got me hooked on this one a while ago. I love this show, but I think it's slipping a little. I thought the judge's treatment of Evan last season was shameful. I get they didn't want him to win, but really, he became a whipping boy for them. And I also worry that they aren't being as diverse as they should be. And by that, I mean in terms of dancing styles. Last season saw a basic lack of hip hop, which really stood out when they did their "best of" show a few weeks back. Granted, we don't know who the top 20 is this year yet. I'm just hoping that we have some people who can handle some true hip hop routines. 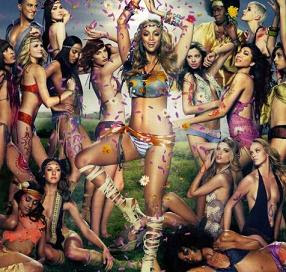 America's Next Top Model on the CW - Yes, I know. I'll wait until you're done laughing . . . Again, my wife got me hooked on this I don't know how long ago. I love the drama, especially of the makeovers and the go-sees. Unfortunately, there hasn't been as much drama in recent years as I'd like. It's almost as if the would-be models have wised up to Tyra's headgames (it took them long enough!). I do have a problem with how the would-bes are being presented this year. The emphasis on their height is driving me batty. If Tyra really wants to open the field to petite models, why does she keep beating us over the head with how short they are. Listing their heights in the credits, for example. Or how about the judging room? Why is Tyra up on a step while all the girls wear flats to the panel? Classy. Tyra seems to be really full of herself at times. But hey, this is a guilty pleasure. And I do enjoy the pictures. Some of them are really cool. 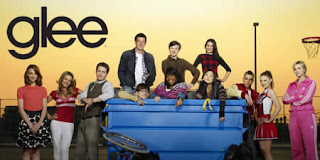 Glee on Fox - I jumped into this one this fall. I'm kind of torn on this show. On the one hand, the musical numbers are fantastic. These kids can sing and I love the way they fold in the musical selections into the stories. And yes, the writers can put together some fantastic zingers (such as Sue Sylvester's reasoning for salting the earth outside her former house this past week). But I have to be fully honest: the pregnancy/adoption storyline infuriates me to no end. I tense up every time this shows up and, since this is kind of a major part of the overall show, it sours my enjoyment. If the writers would have done just a little more research, it might not have bothered me. But oh well. I'll just keep enjoying the music. 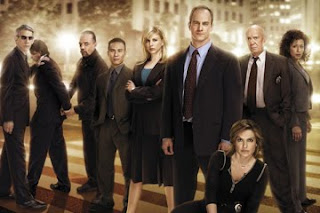 Law and Order: SVU on NBC - I've been a long-time Law and Order fan but this one is wearing a bit thin. The two versions I watch seem to be no longer interested in balanced viewpoints but instead about beating people over the head regarding the writers' political and social views. SVU in particular is particularly bad about this. I've come to expect that someone will quote some statistic at some point in every episode. I guarantee it happens every week. It's soap box preaching. The stories are still good and thought-provoking, so I'm sticking with it. I just wish they'd drop the numbers every now and then. 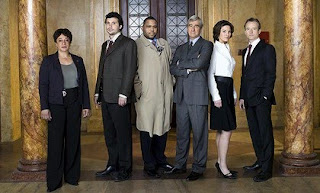 Law and Order on NBC - I still love me some Sam Waterston. I do. I'm a Jack McCoy fanatic. If he ever left the show, I might too. This season's been okay so far. I mean, the formula has been in place since who knows when. But I do have one negative comment: Anthony Anderson should stop with the gallows humor. I mean, seriously. For one thing, he can never pull it off. For another, Jerry Orbach was the king of the dark humor in the opening little teaser. Every time I hear Anderson try to do a deadpan joke about the current case, I just remember Orbach and I miss him all the more. 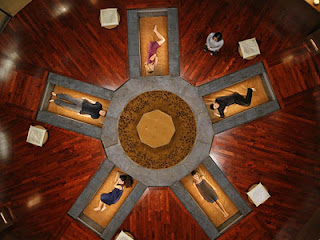 Dollhouse on Fox - I'm a little worried about the Dollhouse. They seem to have reverted back to the "engagement of the week" episodes so far with only bare snatches of the deeper mythology. I suppose that's in hopes that new viewers will come on board. But it's already led to a real stinker (the recent "Echo is a new mommy" one; I'm thinking that's going to be this season's "ninja back-up singer"). Hopefully in the coming weeks, things will get back on track. I almost wonder if the problem is the fact that I've seen Epitaph One. That showed us major spoilers for where the show is going and kind of relieves some of the tension. We'll have to see. The Amazing Race on CBS - This is probably one of the finest reality shows on TV, hands down. Pure competition that takes the contestants and the viewers around the world. It also is full of "ugly American" moments that make me cringe every season. This season hasn't been so bad. There are plenty of good teams to root for; my personal favorites are the Globetrotters. I mean, seriously, how can you not root for the Harlem Globetrotters?

And this list doesn't include the weekly Viking's games. I mean, come on, we're at what, 5-0 right now? When's the last time that happened?

So there we go. I don't have any shows I watch on Thursday or Saturday, which is a good thing. It means I can get caught up if I don't have time to watch a show the day of. Maybe some of these surprised you. I don't watch any of the Fox Animation Domination shows. The Simpsons jumped the shark years ago as far as I'm concerned and I just stopped caring. And I hate Seth MacFarlane's shows. I do. Get over it.

Anyway, there you go. I don't have any idea what I'm going to do when V comes out. And I'm also a little nervous since I've heard rumors that Chuck may be coming back early due to early season cancellations on NBC. I'm not sure that I can cram anything else into that schedule.

Wow! I am almost speechless, but let's face it, I can usually always find something to day. But I must say my jaw dropped with the mention of SouthPark! Just didn't picture it. I must agree, The Amazing Race is one of my favs, but I didn't watch this year...and I might start, it isn't too late to catch up with online episodes.

Ugly Betty starts tonight...you can get hooked on another trashy show if you have the spare time. :)

Wow, that's quite a list. I pretty much don't watch any TV anymore. I download the Star Wars Clone Wars series from iTunes for my kids, but that's it. Never even saw Lost... I know, sad isn't it.

However... That link to V you included... that might get me to come back to watching at least one show. I LOVED V when I was a kid.