Okay, it's been over a month since I did one of these. Sorry about that. Let's get caught up and then keep going, because believe it or not, I wasn't quite done yet. If you want to get caught up in what's going on in this extended "treatment" of a found footage horror film, you can read up on it.

WHERE WE LEFT OFF:  The current parish priest in Garretsburg explained how his predecessor was basically nuts in believing there was a cult in the woods. But then Father Anderson shows up at their motel. He starts to tell them about what's happening, when he has a coughing fit and keels over. At the same time, the footage started to break down, going awash in noise and static.

WHERE WE PICK UP:

The camera cuts to a shot of a police car and an ambulance in the motel parking lot. We see the legs of a bunch of people in uniform, along with some EMTs pushing a stretcher into their vehicle.

We can overhear a little bit of the conversation between the cops and the college students:

"Just talking to him," Staci said.

"For this 'project' of yours?" another asks.

"Yes," Staci admits, but her voice is hesitant.

"Did you happen to catch the conversation on camera?"

Staci starts to answer, but Ray jumps in, "No, Leon couldn't get the camera started. Then, when Father Anderson had his fit, he dropped it."

A foot steps down in front of the camera, blocking the lens.

The camera then cuts to Leon turning it on again. He faces the camera and explains the situation: "So the cops just left with Father Anderson's body. The EMTs are thinking he had some sort of stroke or a heart attack or something."

"Why'd you lie to them about the camera?" Staci asks off-camera.

Leon swings the camera around to show Staci, Bethany, and Ray in the motel room. Ray is up and pacing.

"Don't you realize what would have happened if we told them we had it on?" Ray asks. "They would have confiscated the camera immediately and we'd have lost everything. Then they probably would have run us out of town. But now they think that we don't have any evidence of what happened."

"'What happened?'" Bethany asks. "You think they murdered him?"

Ray nods. "Of course. Isn't it obvious? He comes back in town to finally talk about what happened with the kid, and next thing you know, he's dead. A little too convenient, don't you think?"

Bethany rises and starts packing her things. "Then that's it. I'm out of here. I don't want to stay here any longer."

"I agree with Bethany," Leon said. "A school project is one thing, but I didn't sign on to investigate a murder!"

Ray turned around. "Now hold on. Let's not chicken out yet! This is just starting to get interesting."

"Don't you get it, Ray?" Bethany's voice is almost a hysterical shriek. "If they killed the father, they could kill us next!"

"Besides, with Father Anderson gone, what else do we have?" Leon asks.

"Not gonna happen, babe. We're fine. Look, let's at least check the camera's footage and see if there's anything that might explain what happened. The least we can do is turn over the footage to the FBI, right?"

Everyone looks to Staci. She turns to Leon. "Dump the footage. Let's see what we have." 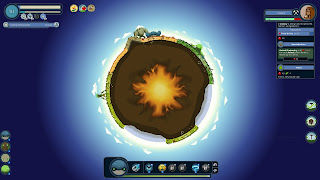 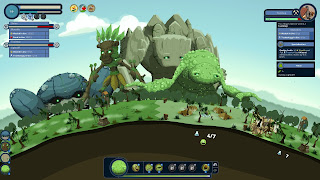 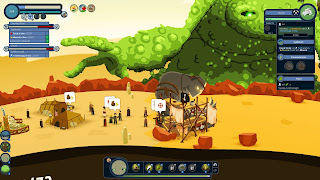 But that shouldn't stop you from checking out this great game. It's available from a variety of sources and it's only about ten bucks. Well worth the money, believe me!
Posted by John at 12:30 PM No comments: