Requiem for Two (Once Great) Shows

It occurred a little while ago that while I complained about the cancellation of Law and Order by NBC, two of my other "appointment shows" bit the dust this week as well. Both Heroes and Scrubs have been canceled by their respective networks as well. Given how much I used to love both shows, I should be more broken up. But oddly, I'm not. Both shows, I think, had lived past their expiration date. 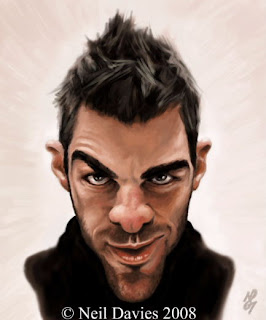 Let's start with Heroes. The first season/volume was simply phenomenal. All the twists and turns, the weird plot (which yes, was ripped off from The Watchmen; so what?), the myriad questions, Horn-Rim Glasses and the Haitian and Sylar and . . . wow! The mind boggles at how crazy that inaugural season was! You had this feeling that anybody could die at any moment. I'll never forget the episode where Peter Petrelly goes to see Mohinder Suresh, only to find him pinned to the ceiling by Sylar's telekinetic power.

But things went south for this show pretty quickly. The final showdown in New York fizzled; rather than the blockbuster, epic battle between good and evil, we got good doing pathetic hit and run attacks on a vastly overpowered Sylar. The subsequent seasons consisted of the writers trying to nerf both Peter and Sylar. The unpredictability dried up as the heroes from season one basically became entrenched figures.

Darren Franich at EW made the interesting point that Heroes always felt like it was one step away from recapturing its initial greatness. But so long as they kept tinkering with time travel, so long as they kept fiddling with backstories and forcing precognition on just about everyone (I mean, seriously, everyone got this power at least once! I'm still waiting for my turn), they were never going to take it.

I saw this afternoon that NBC might give Heroes a movie slot to wrap things up. Bad idea. I think the last season finale worked well as a series finale. Let's not poke the half-dead bear here. Let's just put it out of its misery and let it stay dead. 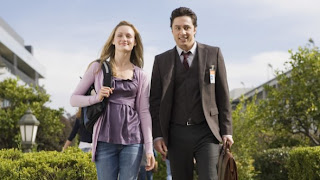 On to Scrubs. This had been on for what, nine years now? NBC did a pretty good job of trying to kill it during its seventh season, what with messing up the episode order (their idea of using the fantasy-themed episode still rankles; it was so obviously meant for earlier in the season!) and letting things deteriorate. But then ABC picked it up and the show got some of its stride back. Not all of it; some of the mojo was permanently gone. But I thought they did a good job building up to a very touching ending, the JD stands outside the hospital and watches future home movies business. Very cool. Very appropriate. Cue sunset, that's a wrap, people!

But no! ABC decided to squeeze hard and see if a spin-off popped out. And it sort of did, a Scrubs set at a medical school instead of a teaching hospital. Okay. Most of the cast disappeared, but Dr. Cox, Dr. Kelso, and Turk stuck around, along with some med student they introduced in earlier season (I can't remember her character's name, just that JD called her Jo). Throw in a crop of lackluster and uninteresting med students and, well, that's just a recipe for a failed spinoff.

I think part of the problem was that they tried to hold on to too many of the original cast. I'd buy one of the aforementioned doctors heading off to teach at med school. I'd even throw in the Jo-wannabe. But not all three. Let Dr. Cox go to med school and then introduce some new faculty.

But hey, what do I know? This one thing for certain: my fall TV schedule is a lot lighter for next year and that's not a bad thing at all.
Posted by John at 5:56 PM