Yesterday I compared Offworld by Robin Parrish to a summer blockbuster. Maybe I should get a bit more specific about that comparison. To me, Offworld is a popcorn flick ... er, book. While it was an entertaining read and I enjoyed it while I read it, once it was over, I didn't feel really satisfied.

The reason why is because this book seemed really light in terms of Christian elements. Oh, sure, there are some vaguely spiritual elements to it (i.e. Commander Burke occasionally offers up a generic prayer before a particularly action-packed scene), but the Christian content is light to say the least. 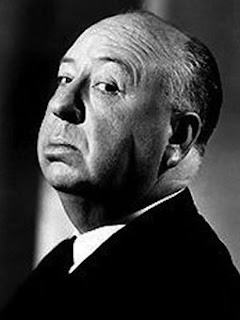 What's that, you ask? A MacGuffin is a term popularized by the master of suspense, Alfred Hitchcock. It's the supposedly important item that drives the plot of a story and sets the protagonist and antagonist against each other. Yet here's the thing: a true MacGuffin isn't important in and of itself. It could actually be exchanged with something else and the plot wouldn't be affected, not in any significant way.

Sadly, the entire Christian element of Offworld is one gigantic MacGuffin. It has absolutely no intrinsic value to the storyline as a whole. If we were to perform a literal deus ex machina on this story and replace the Christian MacGuffin with a non-Christian one, very little about the overall story would change. Burke and company would still be heading for Houston. They'd still be facing the same ... well, I won't get into that right here. Not much would actually change in terms of plot.

In other words, the Christian content of Offworld isn't central. It's more of an afterthought. At least, that's the way it seems to be from where I'm sitting.

Now there is one other Christian element that exists in this story, but given the sheer repetition of this element in non-Christian fiction (think Harry Potter in The Deadly Hallows), it's not enough to classify this book as truly Christian fiction. It's fiction with Christian overtones.

That doesn't mean that I didn't enjoy this book. I did. Like I said, it's an entertaining read. But I didn't see much more to it than what's on the surface.

Am I wrong? Let me know. And don't forget to enter the contest so you can get a copy for yourself. Go and see what everyone else has to say:

I too felt this was a popcorn book. Not, therefore, a failure -- if one sets out to write an action flick and one gets an action flick, one has succeeded. But popcorn nonetheless. And yes, the major plot element (which I thought was sort of out-of-place anyway) didn't seem enough to qualify the book as particularly "Christian." As to that other Christian element -- to me it was a little weak anyway, since I figured [you-know-who] wouldn't [state-of-being] if the world got fixed anyway.

You make some interesting--and valid--points. Did I enjoy the book? Yes. Will I read more of Parrish's work? Probably. Will I read Offworld again? Not likely. Nonetheless, it was a fun way to spend a couple of hours and I've had fun trying to explain the story line to my space opera-loving son. :)

Dude, I purposely stayed away from reading your posts until I wrote my review, as I am afraid we think a little too much alike. And I was proven right. From the Macguffin reference to the spirituality (which I didn't talk about but feel similar), we tracked the same way.

I know on his last series Robin was trying to do something that wasn't the typical "Christian fiction". This falls in the same vein.

Thanks for taking the time to write such intelligent thoughts, John. Your arguments about the book's "MacGuffin" are very compelling, and you're not the only one making them.

To everyone arguing over this aspect of the story, I offer this food for thought... (SPOILER ALERT) There's a line in the book -- in reference to the "tear in the veil" that allowed the artifact to cross over -- that seems to have been largely overlooked.

On Page 333, Chris' father says, "Something... has pierced the veil that separates our realities. I don't know what, but it's happened before, and more than once."

This line -- it isn't a throwaway piece of dialogue. It's significant. More so than anyone has guessed.

Robin,
I saw that piece of dialogue, and I knew it was the key to the Waveform device - but I didn't get it until now. My bad perhaps, but perhaps a little "too" veiled. Anyway, I'm glad you explained this. I think it gives a little more significance, maybe not enough, but that's all in the interpretation of the reader I suppose.