You know, I always try to come up with some clever way to say "Here we go again" whenever we begin a new blog tour. Every single month. And I've probably repeated myself who knows how many times. So let's just dig into the book, mmmmkay? 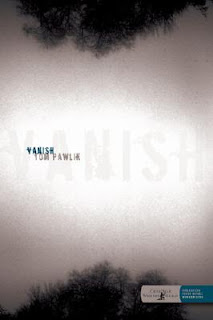 This month we're looking at Vanish by Tom Pawlik. The story centers around a number of people but mainly focuses on Conner Hayden. He, along with a small group of people in and around the Chicago area, witness an unusual sight one evening. A storm rolls in off the lake, filled with multicolored lightning. When they awake the next morning, everyone has disappeared. The survivors of this mysterious event band together, desperate to figure out what happened to their family and friends.

But answers are in short supply as even more mysteries present themselves. What is the strange rash that is spreading over some of them? And what about the gray beings that seem reluctant to come into sunlight. Conner and the other survivors travel across country, trying to survive but it would seem that things are stacked against them.

This is a very fast paced book. I knocked it off pretty quickly. It's also a very visual book. I could often picture exactly what was happening throughout, almost like a little movie playing out in my mind. It's easy to see why this book won the Christian Writers' Guild's Operation First Novel in 2006. It's a spellbinding book with a rollicking mystery that kept me guessing right up to the very end. From what I understand, there's a sequel that was just released, namely Valley of the Shadow, one that I may have to check out sometime.

So what's in store on the Least Read Blog for the next two days? Well, tomorrow I'll be slinging around some major spoilers, so be forewarned. The reason why is because as I read this book, I couldn't help but think of a very similar book by a well-known Christian author, so I thought we might do some low level contrasting and comparing. As for Wednesday, I may have to vent my spleen a little. Just a little. Not too much.

So come back over the next two days, gentle readers, for spoiler flinging and spleen venting. And be sure to see what else is going on amongst the other tourists:

Glad you're not going to avoid spoilers completely. It would just be really hard to discuss this book at any deep level without them.

I agree with Rachel, though I'm glad the reviews I've read so far don't give the story away. I'm also very grateful we decided to tour this book and not the sequel. I wouldn't want to miss the intrigue this one created.

You did, Mr. Otte, think of something clever to say. Very clever, indeed. I'm looking forward to reading what you have to say during the tour.