Alan Tudyk is the man!

This may be a bit incoherent. I was at a youth lock-in until 3 AM last night and I'm not operating on a whole lot of sleep. But Alan Tudyk is, honest to goodness, the man. And I'm not even talking about him as Wash. Instead, I'm speaking about what happened on last night's Dollhouse. 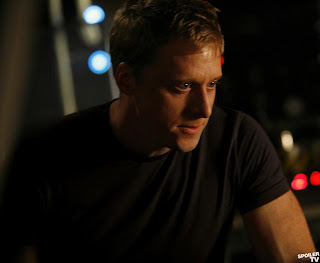 If you haven't watched it yet or care about spoilers, go away.

Sadly, I had seen rumors on the web saying that Tudyk was Alpha, but even with that knowledge, I loved last night's episode. I was able to "suspend my knowledge" for a while and, if I hadn't seen those rumors, I would have been taken completely by surprise. Tudyk's agoraphobic environmental engineer was pitch perfect and would have served as a great mask for his true personality. And his "medicinal carrots?" Hilarious!

Dollhouse has really grown on me over the past couple of months. After the first few episodes, I was kind of like "take it or leave it." I'd keep watching it only in hopes that it'd get better. Now it has. I love it. FOX had better not cancel this one. I want to see where Joss Whedon will take us next.

I caught that episode--what a blast. I laughed, sat on the edge of my seat (literally), felt sad for a couple characters, went "yay!" for the doctor's courage as she was forced to look her attacker in the face. And --as I didn't know about the rumors regarding Mr. Tudyk--I was taken entirely by surprise when his character switched from the laughable "engineer" to the deadly Alpha. Good, good stuff. (And the episode was written by Jane Espinson, whose work I've come to admire.)