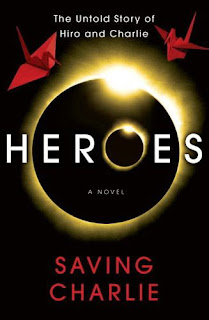 Maybe it's that I read this two years too late. More likely, it's just not that good of a book. But I can sum up Saving Charlie in three words: junk food fiction.

Remember how good Heroes used to be? The mystery, the twists, the turns? The plot that was obviously ripped off from Watchmen? When I started reading Saving Charlie, I was hoping that I would be transported back to the realm of Heroes Season One, when things were good, when poor Hiro Nakamura traveled back in time to save a sweet waitress with an incredible memory named Charlie. Instead, I found a bland, cookie cutter story with no twists and little to enjoy.

The problem with the book is that Aury Wallington stuck slavishly to what we already knew about Hiro and Charlie: Sylar (called Brain Man in this book) kills her at her job, so Hiro tries to go back one day to save her, only to wind up going back six months. He sets out to save her, only he falls in love with her and she with him. And then it turns out she's destined to die.

Those who have read my blog know I'm averse to posting spoilers, but here's the kicker: if you saw the episodes with Charlie in the first season, you know the entire plot of this book! There are no surprises, nothing that made me go, "Whoa!" There's little conflict, little confusion, and very little to enjoy. 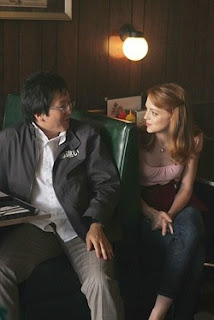 Here's what I think: Wallington missed a prime opportunity to add to the Heroes canon. Hiro spent six months in Odessa, Texas, waiting to save the woman he loved. Are we to really believe that Hiro would just sit in a hotel room and do nothing? It would have been a lot cooler if Hiro would have found adventure in Odessa with the woman he comes to love.

Just imagine it: there's some sort of crime in Odessa, one that Hiro is blamed for by Lloyd, a cop who yearns for Charlie's affection. Hiro needs to use his powers and convince Charlie to use her phenomenal memory to track down the real culprit because if he doesn't, he'll wind up in jail and he won't be able to meet his destiny.

Wouldn't that have been fun? A new Hiro story! Instead, all we get is predictable plots with the barest flickers of humor.

One reviewer on Amazon summed it up best: It's not Saving Charlie. It's really about saving your money and your time. Don't bother.