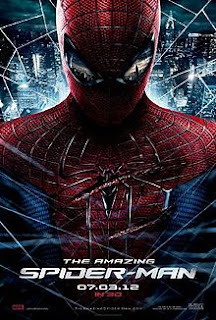 I'll be throwing out more reviews as the weeks go by. But for now, go check out this movie. It's worth it.
Posted by John at 10:58 PM

Thanks for getting back to the reviews, and thank you in particular for this one! I saw the movie last night at the midnight premiere, and I heartily agree with what you've said, including the note about 3D.

I still haven't seen The Amazing Spiderman. But it is definitely high up on my list of movies to go see. I too was a bit skeptical about a reboot so soon after Sam Raimi's take on the franchise. Thankfully, most of the reviews I have read have been positive.

P.S: I found your blog through the Speculative Faith website. I am a speculative fiction writer myself, with a Christian epic fantasy series in the pipeline: