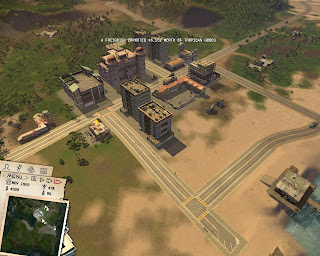 So how would you like to be the dictator ... er, president of a Caribbean island? You'd have to build up your industry, attract immigrants and tourists alike to your little slice of paradise, and navigate the turbulent political waters. But there's plenty of danger. Not only could your loyal subjects rebel against you, your military might as well. And then there's the delicate balance El Presidente must strike between the United States and the Soviet Union. Can you rule your people effectively and amass a small fortune in your Swiss bank account?

If this appeals to you, check out the game Tropico 3. I nearly died laughing when I saw this latest entry into the franchise. I've played all the Tropico games in the past, including Tropico 2, a weird pirate simulator that actually proved to be quite fun (I mean, how can you go wrong when you can raise dead pirates to be zombie porters?). 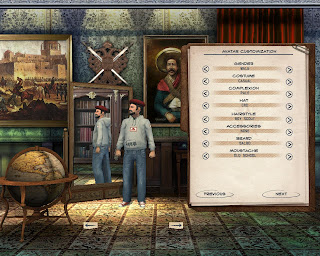 You start with a somewhat versatile character creator. You can dress your dictator in military clothing, suits or tuxes, even as a pirate. Then you have to pick your leader's background. Did he go to Harvard? Is he a self-made man, an oil tycoon, a secret agent? Then you pick how he or she came to power. Military coup? Corporate buy-out? Installed by the KGB?

Then you have to pick four character traits. Two are positive. They grant your leader bonuses that will help you as you play (i.e. you earn more when goods are exported, you attract more tourists to your island, etc.). Two are negative. They hurt your standing with the political factions of the island, the foreign superpowers, or are even sillier (i.e. the Tourette's syndrome trait, which lowers your respect with the superpowers and a random political group but earns money for your political speeches when they're played on Pay-Per-View. Seriously).

Once your leader is in place, you're dumped on an island. A nice surprise is the inclusion of a campaign setting. You play pre-made islands with very specific victory conditions. For example, earn $500,000 to win your island's independence. Reform your politics from a monarchy to a full democracy. Deal with a jingoistic population that hates immigrants but desperately needs them to become an economic powerhouse. My one gripe about the campaign is the fact that there's no clue as to what traits your leader needs to lead successfully. I often had to start a mission, get the lay of the land, and then start over again with a properly made El Presidente.

There are also sandbox and challenge modes which I haven't fully explored yet.

The series got a graphical overhaul with this entry. The island is very rich and colorful. You can zoom in close to your citizens and watch them as they go about their daily lives. You can even jump in close and personal to your leader as he wanders around the island to interact with his beloved peons.

My one complaint is poor documentation. Part of that comes from the fact that I bought this game via Steam, which means I didn't receive any instruction with the game. There are some things that I just can't figure out on my own (for example, an icon that looks like a turnip with a red slash through it that occasionally hovers over my farms and factories. I have no idea what that means. It can't be good, but seeing as turnips don't play any part in the game, I'm not sure what bad thing is actually happening). The tutorial mode doesn't give you a lot of information. The only reason why I was able to slip into this game so easily was because I played the previous incarnations and this doesn't stray far from them.

But it's still a fun game. I've been playing obsessively over the past two weeks. I mean, I get to be El Presidente. How much of a kick is that?
Posted by John at 7:09 AM