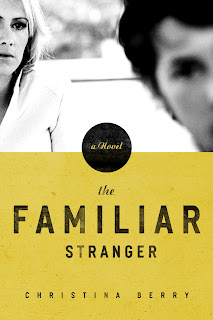 The 2008 ACFW National Conference was held at a hotel in Minneapolis not twenty miles from my house. Since I was local, I was tapped to drive some of the board members and faculty from the airport to the conference. Not a big deal since I had to drive by the airport to get the hotel anyway.

The last day of the conference came and, as I was getting ready to leave the hotel, I realized I could save some people cab fare by giving them a ride to the airport. I mean, it was on my way, right? So I went down to the lobby, rounded up some departing travelers, and took them on their way. I had so much fun, I actually went back to the hotel and picked up a second load (but not before a gaggle of mystery writers suspected I was trying to kidnap them).

Fast forward to the 2009 ACFW National Conference in Denver. I happened to run into one of those passengers and she recognized me. She was happy to see me and told me that she had sold a book and that it was on sale in the bookstore. So naturally, I had to go buy a copy.

Well, maybe not naturally, but I'm really glad that I did. Otherwise I wouldn't have been able to read The Familiar Stranger by Christina Berry.

Denise Littleton finds herself in a crumbling marriage. Her husband, Craig, has become more and more emotionally distant over the years. One day, rather than go to church, he went hiking. Only he doesn't make it to the park. Instead, he's involved in a horrific accident.

As if that weren't bad enough, when Craig regains consciousness, he can't remember who he, Denise, or their sons are. He's suffered head trauma that's given him amnesia. As he learns about who he is and what kind of man he was, he's determined to do right by Denise. She, in turn, is delighted by the change in her husband.

But Craig was a man with many dark secrets, secrets that start to surface thanks to the accident. And that's before his memory comes rushing back and threatens to destroy everything...

Like I said earlier, I am so glad I bought this book. It was a great read. I couldn't put it down! Lots of twists and turns are woven into this story of a family's struggle to pick up the broken pieces of a man and his past. Some of the twists I saw coming, but the big one at the end completely blindsided me. Well, not completely. I had my own theory but boy, was I wrong about it!

I especially appreciated some of the theological thoughts that surfaced as I read this book. It was a fascinating study of a person becoming a new creation in Christ. To put it bluntly, Craig Littleton pre-accident is a jerk. Afterwards, not so much. And yet his past misdeeds keep floating to the surface and need grace to be dealt with. Awesome stuff.

But maybe that's just me. Trust me, go out and get this book! And Christina, anytime you're in the neighborhood and need a taxi...
Posted by John at 2:16 PM

This has got to be the BEST title for a blog ever! Way to go, John. :)

Great that you enjoyed the book! I love your take on it and completely understand your distance from Denise. I'll be pointing people this way so you will no longer be the least read blog on the internet.

Thanks for posting this, my favorite taxi driver ever!

As Christina's mother and co-taxi rider in MN, I just want to say thanks for the review. It was really fun to hear a man's perspecetive on it. I know my three brothers would agree with your conclusion about Denise. Maybe it's a male/female thing.

I hope you and your family are doing well, and that you have a blessed Christmas season.