What an interesting week it's been.

First off, the minor update. I mentioned last week that I thought I could turn Return of the Mourning Dove into the first book of a possible series. And I'm pretty sure I'm going to try to do that. I've envisioned a four- or five-way conflict that could be fun. I've also been writing a fun scene in the back of my head in my free moments, based around three paths to immortality in this universe: binding, draining, or swapping. On top of that, I think there's some fun conflict brewing between former friends. I need to get cracking on that soon so I can shop it around, see what happens.

But what's really been interesting is my rewrite of Numb. Last week I reported that I was about half-way through the rewrite. Well, I finished it. Kind of. More on that in a bit.

Anyway, when I finished the first draft of Numb, it clocked in at 76,294 words, and I was pretty sure it was a hot mess. Well nigh unsalvageable. But working through it made me realize that it's not all that bad. So I did some cutting, some reworking, some additions, moved a chapter completely, and in the end, I came out with 76,599 words. So I wound up picking up a few more words along the way.

When I finished that run through it, I realized that there was at least one scene missing from the story. Possibly two. So I need to get back in there and get that stuff added in. 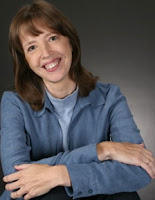 But then I received some fantastic help. Sharon Hinck, Christian author extraordinaire, took a look at the first three chapters. And she really helped. She helped me realize what Crusader, my protagonist, really wants and what motivates him. She had very encouraging words for what I've written. And after incorporating her suggestions, I have a slightly modified word count for the first three chapters. Before Sharon saw chapter one, it clocked in at 1,947 words. Now it's at 1,907. Chapter two was at 1,598 but now it's 1,593. While chapter three was at 1,493, it's now at 1,480.